The CLE Movie Club held its 36th meeting to discuss “The Farewell.” The 2019 film examines how a Chinese family deals with the approaching death of the grandmother by hiding her situation from her. The story follows one family member, a young woman who was raised in the USA, and her struggle to accept the family’s decision.

During the discussion on Tuesday night, 22 March, the movie club participants discussed a wide range of topics relating to the story and how Chinese culture views death. Issues included education, taboos, and how we face our own mortality.

Cross cultural elements in the discussion involved the famous Dylan Thomas poem “Do not go gentle into that good night”, and a variation of the same sentiment presented by country singer Tim McGraw’s song “Live Like You Were Dying.” Additionally, films from other cultures were compared, including the Japanese movies “Ikiru” (1952), “Departures” (1998), and “The Bucket List” (2007).

The CLE Movie Club is an English conversation opportunity. The group functions like a book club. Participants watch the selected movie on their own and come prepared to discuss the film and share their ideas. Come meet with us every two weeks during the spring semester of 2022!

Our next film is “Gifted” (2019). It is the story of a custody battle for an intellectually brilliant child. The movie looks at whether it is better for a child to have a normal life and relationships, or be placed in a program designed only to develop her “gift.”

You can join our QQ group by scanning the code below. 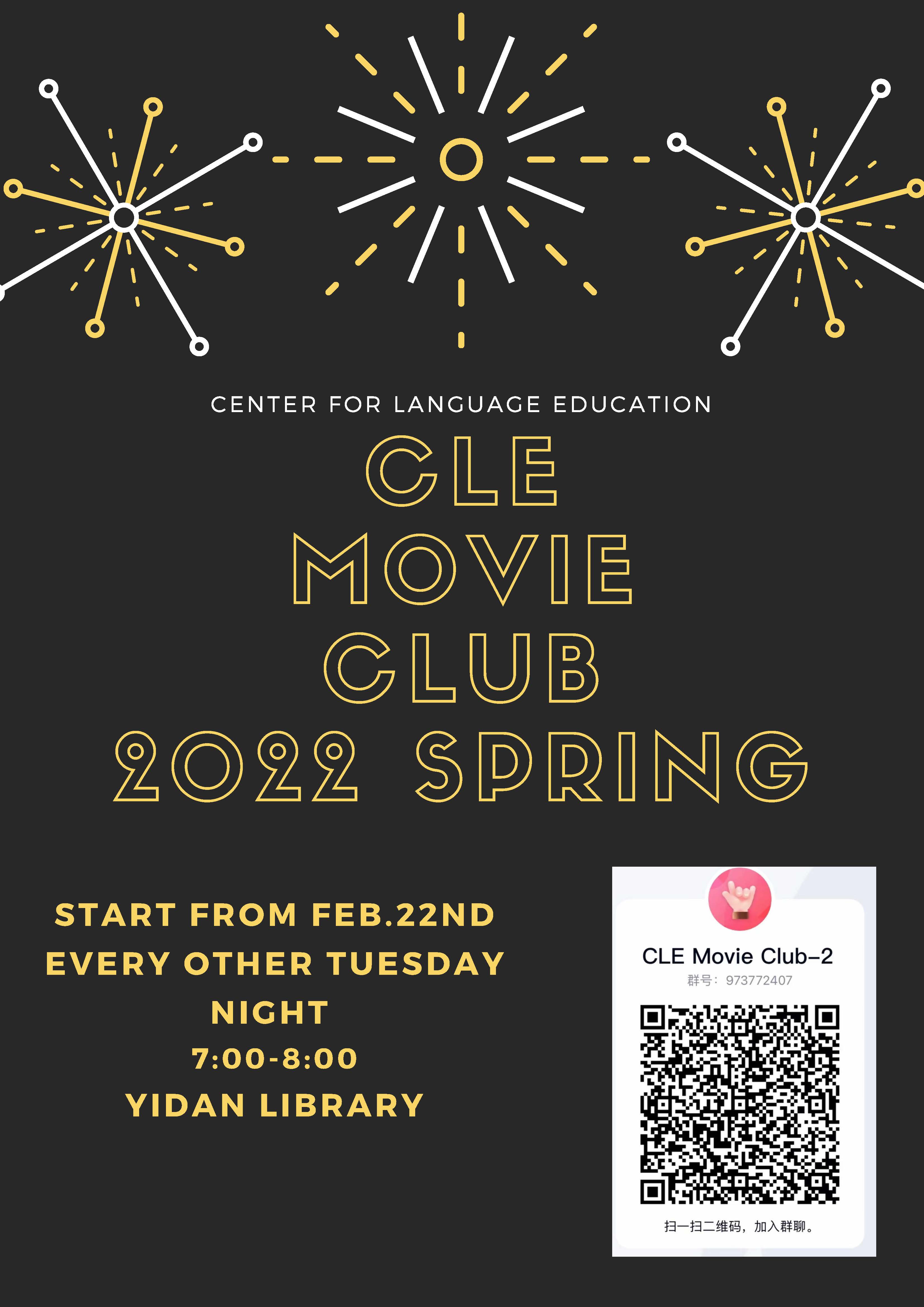